And just like that, We're on the Downhill Side of a Hundred Mile Ride. I'm doing the Homeless Pirate Run. I'm blasting South along a River Road that is beautiful enough on it's own; but there is so much Magic and History wrapped up in this trail that we are riding on that I fear my Beautiful Dreamers will find their credulity stretched to believe it. Relax, guys, I am done with the history lesson. Maybe. Maybe not.  Ya never know.
South, then! Destination, Ponce Inlet. Let us pause for Visual Enlightenment:

This is the place where I live and ride 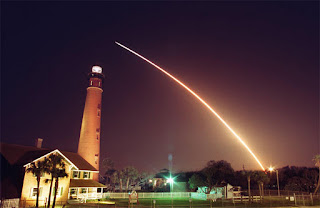 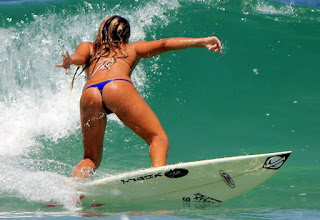 Dangit!  I told the Blonde to get out of the way,  I'm photo-journalizing here! 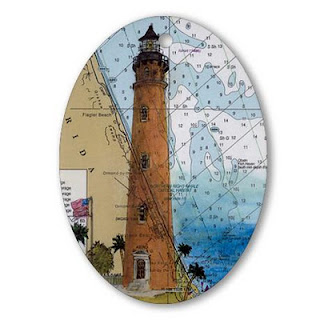