An End To Despair
What the hell was that all about? Man!  Lost In LA! I gotta tell ya, all that serious arsty stuff will take a lot out of ya, I'll tell ya. Serious writing is...serious. No wonder Hemingway blew his brains out. I mean, I would love to be discovered but after the first big check I'm buying a new bicycle and a keg of beer and maybe get some cute pizza delivery girls to come hang out by the pool. Notice that I will not let it go to my head and become a spendthrift: I am wisely planning on doubling my dollar by only getting hot chicks who also deliver pizza. Hah! See? These years in the trailer park have made me quite the thrifty little Nobel Prize winner to be. Plus...I don't even have a swimming pool! That's right...I will always remain your humble little buddy, the good ol' Trailer Park Cyclist. Maybe.

Do They Still Have Bicycles Out There?
While I was suffering through my sufferfest in the Land Where Everyone Else Goes To Have A Blast I was also secretly doing Agent Tim Joe of the Trailer Park Secret Agent's Club stuff. I forgot my miniature tie clip mounted camera (I forgot the ties I don't own, too) but who needs a camera? Every image known to man is available on the good ol' interwebs! BEHOLD!:

That's a bike locker! You ride your bicycle to the train station and lock your bike in there and...well, I don't know what you do next. It seemed like a really good idea to me when I was standing there looking at it and looking around for a place to pee. 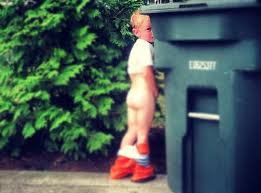 "Anybody seen that Coppertone Chick?"

That's not me but it was about to be me because the train stations in LA offer plenty of secure parking for your bicycle but not one damn place to pee. And now that I reflect a little reflecting, why would you leave your bike at the station? You can take them with you on the train! 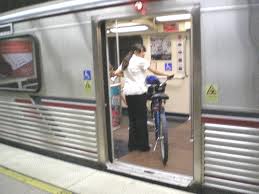 Bike on train.  You can't make this stuff up.

Man, I realize that I am a hillbilly (actually a swampbilly) and easily impressed: but this got my attention! Ride your bike to the train, get on, (with your bicycle!) Ride on the train to some other place, then get on your bicycle (It's already there with you!) and pedal off to the next train, plane, bus or opium den. 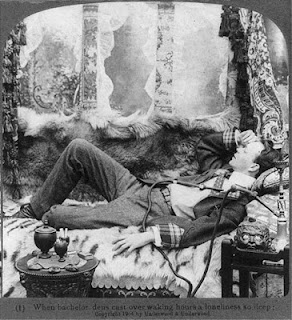 O.K. Maybe not an opium den. But I'll bet they probably have those too, in LA, or they might as well.

More Damn Intermodality
As both of you know, I have recently become enamored of intermodal transportation, as in bicycles and anything else: reindeer sleigh, intergalactic pod transferal system, yak, donkey, elephant (tee hee) bus or the back of Uncle Bill's flat bed pickup truck. I don't care. I find it noble and adventuresome that many of my friends and thousands of people who I never met choose to travel solely by bicycle; it is salubrious and exemplary in their natures that they would do so. It also makes me wonder what the hell they are thinking. I have driven the Interstate system of this country and I have driven, for example, I-10 from Jacksonville to Santa Monica more times than I care to remember. It was a drag. But to ride it on a train, contemplating the swiftness of man's genius, or to fly there, god-like and airborne; or  perhaps to ride shotgun with some mighty trucker, eighteen wheels roaring behind as we flash across this our mighty continent...all the while secure in the knowledge that my trusty little two-wheeler is tucked away here with me and ready to go... 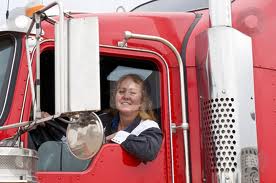 Sigh. Forgive me my friends. I have been simultaneously bit on the ass by the allure of travel and yet...never again will I let me Little Darlin' out of my sight. Not for long. And by not for long I mean in increments of time measured in minutes, not hours or days and for damn sure not for a week.

I am a cyclist. I am hindered and elevated by this fact; but never am I ashamed about it and from now on that is how it is gonna be.

Merry Christmas! Hug the one you're with and slam a grog of Nog for me! Stay out of the opium dens, ride your bicycles and hang tight! The End (of the Year) is Near! 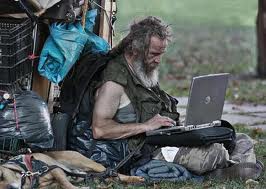 Posted by Tim Joe Comstock at 7:55 AM